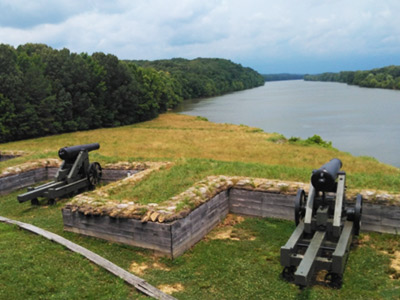 In the fall of 1868, 3,013,421 Americans went to the polls to choose Ulysses S. Grant as their next President of the United States. General Grant had name recognition, and a resumé that few of our presidential candidates have ever had. Yet even the most die-hard of Grant supporters likely could expand much upon Grant’s life prior to the beginning of the Civil War. It was relatively well known that Grant was a graduate of West Point, but for over a decade after his graduation he labored in relative obscurity.

It wasn’t until he wore the uniform of the United States Army again in 1861 that Ulysses Grant emerged from that obscurity. In the matter of a few months in 1861 and 1862 Grant went from obscurity to perhaps the most famous man in America. But even then, despite the fame, a major newspaper ran a special issue about Grant but used an incorrect image because the editors had no clue what the Brigadier General looked like. He became the most famous man in America because of his efforts and those of his men on two rivers in Tennessee in February, 1862.

Unfortunately, there are few tangible reminders for today’s visitors of Grant’s stunning victory at Fort Henry. And, truth be told, the United States naval flotilla under Flag Officer Andrew Hull Foote did the heavy lifting on the Tennessee River on February 6. But make no mistake, Brigadier General Ulysses S. Grant was in command.

A few miles to the east, along the Cumberland River at Fort Donelson, relatively little has changed, so today’s visitors can easily imagine the scene there. There are places where today’s visitor can follow in the Federal army’s footsteps marching from Fort Henry to Fort Donelson. It’s easy to imagine Ulysses Grant’s headquarters adjacent to Brigadier General Charles F. Smith’s division on the Federal left. Aside the Cumberland River it’s easy to visualize Grant witnessing the Federal gunboats getting smashed by the rebel guns. It’s a powerful feeling standing near where Grant saved the day for the Federals on the afternoon of February 15, 1862, using sound logic, and unknowingly benefitting from his enemy’s folly.

“Gentlemen, the enemy is trying to escape, and cannot be allowed to do so.” Those words, or something like them, helped change the course of the Civil War, in Stewart County, Tennessee. The weather was very much a factor in the battle. An ideal visit to Fort Donelson is on a bitterly cold, snowy, and windy day. The weather dictated what happened there as much as military theory, personality, and psychology.

The events of February 13, 14, and 15, 1862, resulted in one of the most dramatic stories in our American history. Brigadier General Ulysses S. Grant, USA, accepted the humiliating surrender of Fort Donelson from Brigadier General Simon B. Buckner, CSA. They had attended West Point together and had been friends. Twenty-three years later Governor Simon Buckner was a pallbearer for President Ulysses S. Grant.

Ulysses Grant tells the story of Forts Henry, Heiman, and Donelson beautifully in his Personal Memoirs. Readers then and now are impressed by his crisp, clear prose. Yet that gorgeous prose was always there, in his official reports, his orders, and in his letters to his dear Julia.

Many who campaigned for Grant in 1868 championed him as the “hero of Fort Donelson, Vicksburg, and Appomattox Court House.” Many even wore buttons and images advertising that…using a correct image of Grant.

And so, on March 4, 1869, Ulysses S. Grant became the 18th President of the United States. True, his story began in Point Pleasant, Ohio, but it can be argued that his path to the White House began at two rivers in Stewart County, Tennessee.